How do you regenerate manganese greensand filter media just purchased prior to placing it into service?

The manganese greensand process has been used effectively to remove iron, manganese, and hydrogen sulfide since the 1950s in the U.S. Greensand is an organic fertilizer that contains the deposits that were once part of the ocean floor. It is a bluish-green color, and is also called “glauconite”. The glauconite is first stabilized then coated with manganese oxide. This coating provides the glauconite with its special chemical oxidation-reduction properties for the removal of iron and manganese, as well as small quantities of hydrogen sulfide. The greensand process for removing iron and manganese is usually accomplished by using one of the following two procedures. 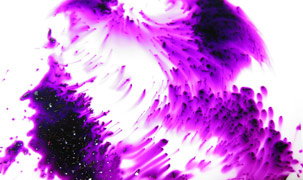 Continuous Regeneration is primarily used when iron removal is the main objective. The CR method continuously feeds an oxidizer, such as chlorine, potassium, permanganate, or a combination of the two, into the raw water prior to the filter. This process can remove 15 milligrams per liter or more of soluble iron.

Intermittent Regeneration is normally used when manganese removal is the main objective. In this process, manganese oxidation occurs directly using the properties of the freshly regenerated manganese greensand. After treating a specific amount of water, the oxidation capacity of the media will be consumed and regeneration is required. One drawback in the IR process is the extra time the filter out of service for backwashing. In comparison, the IR process takes 75 minutes and the CR process can be as fast as 15 minutes. If there are high levels of both iron and manganese then both methods can be used in combination.

All new greensand must be fully regenerated prior to placing it in a manufactured unit, homemade unit, or other filter container for it to work. The procedure is printed on each bag of greensand that you purchase and consists of soaking the media for several hours in a 2 to 3 percent solution of potassium permanganate (KMnO4). This can be done in a bucket or the filter unit. An easy procedure to follow is to mix one pound of KMnO4 per five gallons of water. Apply the solution to the filter media until it is covered, then allow it to rest overnight. The minimum depth of the greensand bed is 24-30 inches when using the IR method and 18-20 inches when using the CR method. If you are removing large amounts of pre-oxidized iron, reducing the depth of the greensand will allow for a deeper cap of anthracite.