Freedrinkingwater.com has published previously an introductory article on colon hydrotherapy.)

What Is Colon Cleansing or Colon Hydrotherapy?

Colon cleansing, colon hydrotherapy, or colon irrigation is a controversial practice. One of the earliest centers of colon hydrotherapy in Europe was established in 1829 by Vincent Priessnitz in Grafenberg (now in the Czech Republic, in central Europe); the center began with 45 patients. By 1837, there were 570 patients, and by 1839, there were at least 1,400 patients per year for the next three years (Bradley and Dupree, Medical History, 2003). Colon hydrotherapy then subsequently became popularized in the United Kingdom starting in the 1840s. By the 1860s, there were 20 centers performing colon hydrotherapy in Britain, attracting a large following of many prominent Brits at the time. Colon-irrigation practitioners have claimed that the Egyptians have been performing colon cleansing since 1500 BCE (Before Common Era) or some 4,000 years ago. In the late 1800s, Dr. Elmer Lee introduced the method of irrigating the intestines to the United States. But is this practice based on sound science, or is it a costly scam? 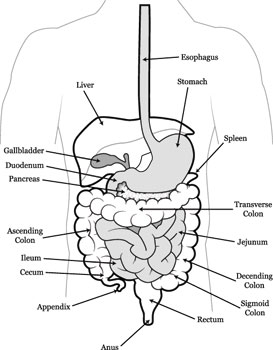 There is a wide variety of names and techniques associated with colon cleansing and colon hydrotherapy; these names are similar and operate under the same principles: eliminating the old stagnated, putrefied, compacted fecal materials out of the colon. These various names are colonic cleansing, high colonic irrigation colon cleansing, high colonic, high enema, colonic enema, home self colonic, colon hydrotherapy, and colonic hydrotherapy. A wide variety of herbs, water (e.g., warm water, pure water, herbal water, oxygenated water), and a lot of water and a combination of both have been used to achieve the objective of cleansing the colon.

Although the colon is essentially a storage tube for the body's metabolic wastes before being excreted by the body, its main functions are the extraction of water and salts from the wastes. In mammals, the colon consists of the ascending colon, transverse colon, descending colon, and sigmoid colon. The colon from the cecum to the splenic flexure (the junction between the transverse and descending colon) is also known as the right colon. The remainder is known as the left colon.

Since the 1860s, critics have called colon cleansing "unorthodox therapy," "medical heresy," "quackery," "money down the toilet," "scam," "expensive, utterly useless and potentially harmful," and "a very expensive enema," among others. As colon hydrotherapy is still practiced today in 2008, nearly 180 years later after the first hydrotherapy center was established in Europe, what is the explanation for its long survival? Is it really a scam?

A Theory of Colon Hydrotherapy

Practitioners of colon hydrotherapy believe that the accumulation of old, hardened feces in the colon can stretch the colon out of shape until it becomes three or four times as wide and twice as long as it should be, with only tiny channels through which new waste material may pass. This situation can lead to hernias, collapsed colon, spastic colon, prolapsed colon, redundant colon, diverticulitis, and hemorrhoids. In the colon, the uneliminated feces continue to putrefy and release toxins, thus resulting in "autointoxication." Parasites, amoebas, and worms live in and thrive upon the stagnant putrefactive feces.