There are a number of ways of purifying water. In evaluating the methods of treatment available, the following points regarding water disinfectants should be considered. 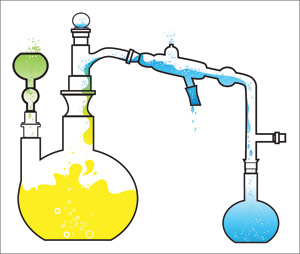 Techniques such as filtration may remove infectious organisms from water. They are, however, no substitute for disinfection.

The following are specific methods for disinfecting water.

Place water in a container over heat. Bring it to the boiling point. Hold it at this temperature for 15-20 minutes. This will disinfect the water. Perhaps you have used this technique after a flood or when a water main has burst as an emergency aid. Boiling water is an effective method of treatment because no important water-borne diseases are caused by heat resisting organisms. Although the boiling does not remove them from the water, it does kill them and thus they will cause no illness.

How effective is boiling water?

Boiling water is an effective method to destroying bacteria and other pathogens in the water. It does not act as a filter to remove particulate matter. In fact, it does not remove anything from the water; it only destroys bacteria and pathogens such as cryptosporidia, giardia, E.coli, and typhoid. Boiling will not provide any safeguard against other things such as heavy metals, pesticides, herbicides, and pharmaceuticals. It will also not remove foul tastes and odors, so it is not recommended to depend on boiling water as the main method to purify your drinking water.