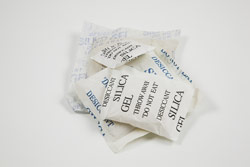 In water treatment, we are concerned with silica because of its capacity to form scale deposits on surfaces it comes in contact with. The silica content of water ranges from a few parts per million in surface supplies to well over 100 parts per million in certain well waters. In its colloidal form, it consists of very fine particles in suspension. This article will provide you with some insight into silica and how to be properly concerned about silica in drinking water.

Silica (silicon dioxide) is a compound of silicon and oxygen (Si02). It is a hard, glassy mineral substance that occurs in a variety of forms such as sand, quartz, sandstone, and granite. It is also found in the skeletal parts of various animals and plants. Silicon is the 7th most abundant element in the universe and the second most abundant element on earth after oxygen which explains why most water supplies will contain some traces of silica. All natural water supplies contain some dissolved “silica” and most will also contain suspended or colloidal silica. In solution it can exist as silicic acid or silicate ion, depending upon the pH value. Silica can also be found in certain foods including cucumbers, oats, brown rice, wheat, strawberries, onions, avocados, and root vegetables.

The solid crust of the earth contains 80% to 90% silicates or other compounds of silicon. Water passing through or over the earth dissolves silica from sands, rocks, and minerals as one of the impurities it collects. The silica content in natural waters is commonly in the 5 to 25 mg/L range, although concentrations over 100mg/L occur in some areas.

Silicates are compounds that contain silicon and oxygen in combination with such metals as aluminum, calcium, magnesium, iron, potassium, sodium, and others. Silicates are classed as salts. Silicates are widely distributed in such minerals as asbestos, mica, talc, lava, etc.